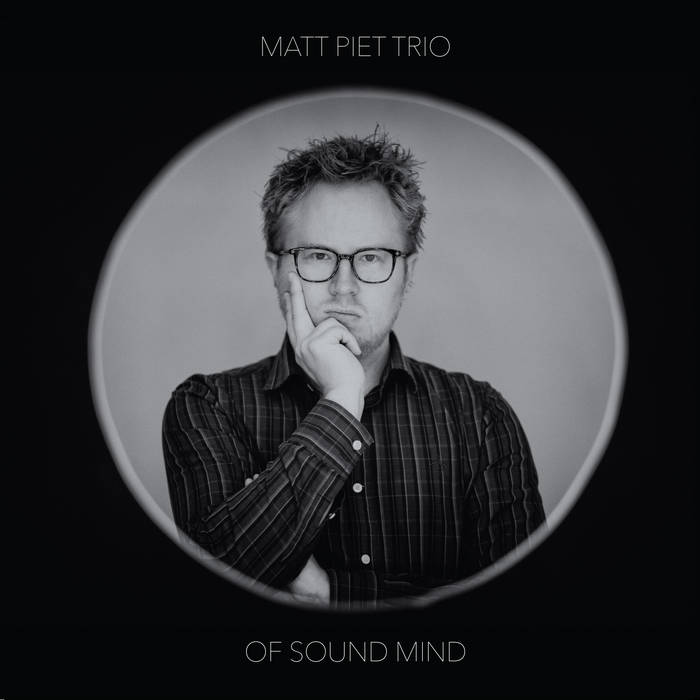 One important measure of any musical scene is whether it sustains its energy and depth. The Chicago jazz and improvised music scene has endured plenty of defections in recent years, such as guitarist Jeff Parker decamping to Los Angeles or cornetist Rob Mazurek relocating to Marfa, Texas—serious blows to the community here—but things keep rolling on even as tastes shift. A steady stream of new players has long been crucial to giving Chicago its artistic potency, and the best of those players inject enough personality and creativity to push things in new directions. I've been noticing a new wave of players in the last couple of years who are doing just that, whether it's the piano trio Rooms or the guitarist Tim Stine. More recently I've been made aware of the pianist Matt Piet, who grew up in Palos Park; six months ago I'd never heard of him, but now I can't stop listening to the new recording with a trio featuring bassist Albert Wildeman and drummer Julian Kirshner that he released today.

Of Sound Mind (Amalgam Music) is a fully improvised session, but the performances are clearly rooted in jazz. All three musicians give the work a hearty sense of propulsion, and Piet is a melodic player, but his tunefulness is thrillingly shaken by a rhythmic volatility and a fractal sense of phrasing. I'll admit I was a bit skeptical when I saw the cover shot, which pictures Piet, hand on chin in a pose of self-conscious contemplation, but the music has kept me coming back, reminding me of the quicksilver attack of Cecil Taylor's music in the late 50s and early 60s. The trio is exceptionally loose and nimble, moving with impressive agility and responsiveness. It's doubly exciting to hear a new pianist locally; apart from veterans like Jim Baker and Paul Giallorenzo, as well as Rooms keyboardist Dan Pierson, Chicago's improvised music scene feels chronically short of pianists. The entire album is a treat, but below you can check out a piece called "The Dr. Will See You Now," which contains a beguiling range of attacks, moving from a wobbly ballad feel at the start to a torrent of tumbling motion, with plenty of asides and explosions in between.

Reviewed by Peter Margasak for the Chicago Reader.