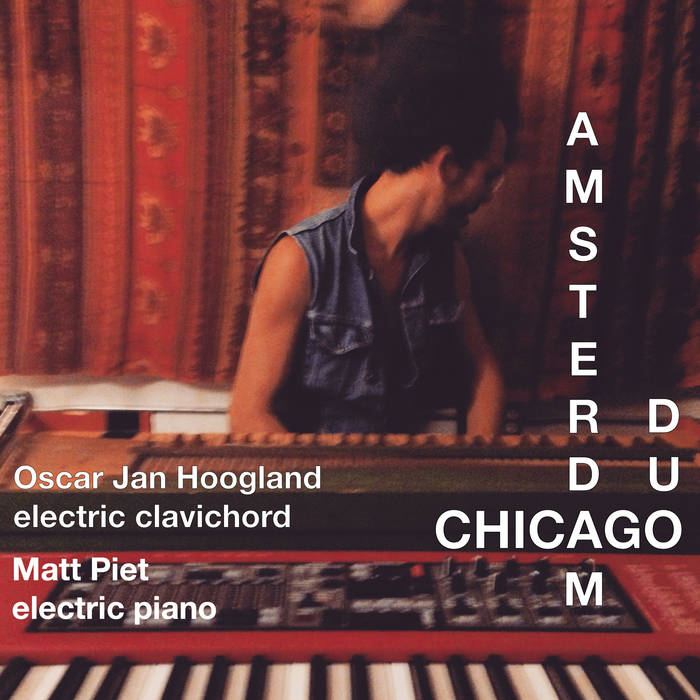 This duo recording is the result of a first-meeting improvised session featuring pianists Oscar Jan Hoogland, of Amsterdam, and Matt Piet, of Chicago. Recorded at the Music Garage in Chicago at the beginning of the 2015 Chicago Jazz Festival, this recording documents the first time either musician had improvised or recorded with another keyboard player. The challenge of playing with another keyboardist is subverted and/or enhanced by the playing of distorted electronic instruments. Oscar Jan Hoogland plays an electric clavichord of his own design, while Matt Piet plays an increasingly distorted and manipulated Nord electric piano. The musicians set up their keyboards facing each other as in a game of chess. The distorted, experimental sounds emitted by both keyboard results in a battle of energy and noise between the two artists. After improvising for just under an hour, the two keyboard players shook hands and went their separate ways. The resulting recording is an unusual document of two dynamic improvisers working in tandem to create a fierce electronic battle of wits outside any sort of “comfort zone.”

Recorded live at the Music Garage on September 3, 2015.

Recorded and mixed by Bill Harris.