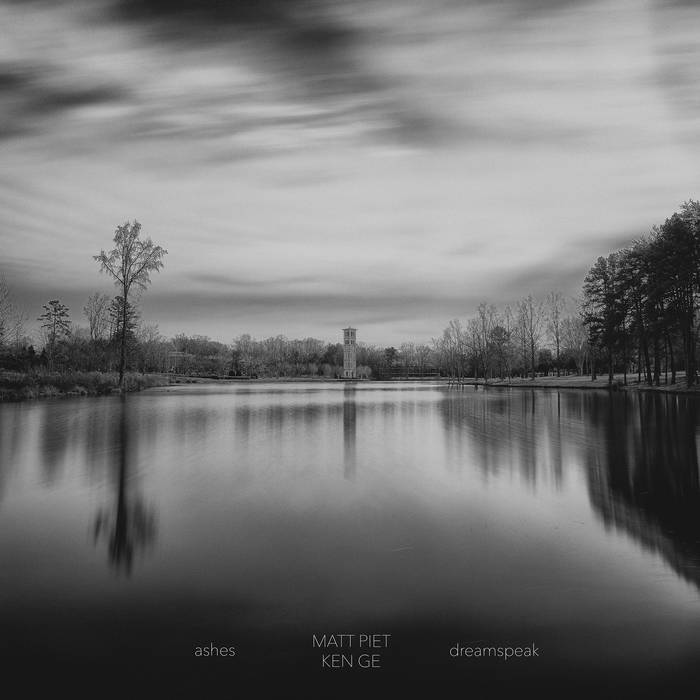 This piano/bass duo record is an improvised first-meeting among friends. I first met Ken Ge in 2011 when we were both jaded musicians working a dead-end job as house musicians onboard a luxury cruise liner in Europe. We became fast friends and had a series of adventures and misadventures abroad. Our musical connection, however, was limited to our day-to-day work playing musical revues and accompanying specialty acts as wide-ranging as classical violinists to jugglers and comedians. We remained in touch over the years, and were each aware of the other’s musical prowess and taste. It wasn’t until 2016 when I was on holiday in Miami that we improvised together for the first time. After a day of discussing tunes to play, and a meal at a local Cuban restaurant, we went into the studio to record. Without discussion, we began to play, and immediately cast aside any intention of playing “tunes.” This recording is the result of that first encounter improvising together. We embraced the limitations of our instruments working in tandem, and this resulted in an ethereal and mysterious sonic exploration of time and space. The improvisations from this two-hour recording session are presented here in the order in which they were played. The mutual trust that sprang from our friendship is, on this recording, expressed musically. It is music that is largely contemplative in nature, stemming from an aesthetic philosophy that improvised music is the extension of the conscious and unconscious nature of self. I hope that the listener finds that the contemplative nature of this music awakens parts of the unconscious mind, or lulls them into that wonderful hypnagogic state between wakefulness and sleep wherein lies some sort of universality-the language of our dreams.

Engineered and recorded by Neil Carson.

Mixed and mastered by Bill Harris.