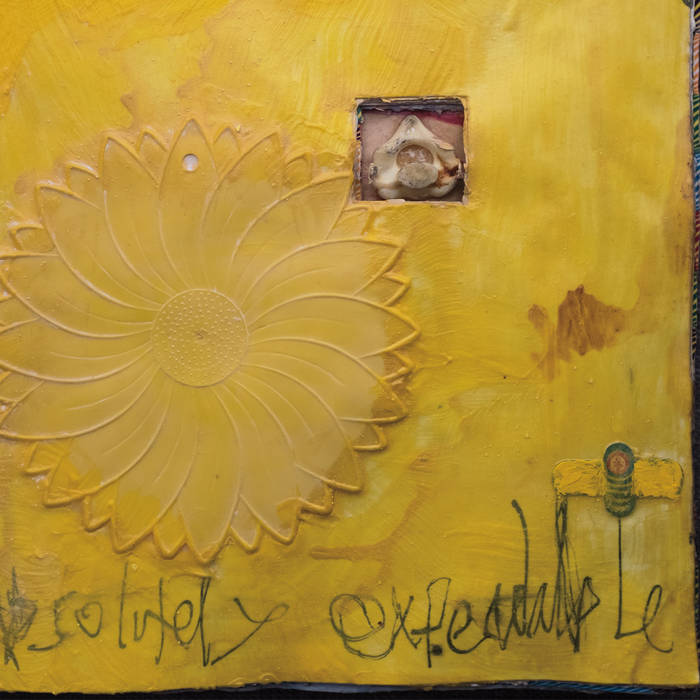 On this quartet’s debut recording, Jake Wark, Angel Bat Dawid, Jakob Heinemann, and Adam Shead take a deep dive into concepts of melodic and rhythmic deconstruction, often utilizing diatonic melodic modules as a launchpad for group improvisation on Wark’s loosely structured compositions. Scrawl is the product of a working band assembled by Wark in 2018, when he had sketched out rough drafts of these pieces and was in search of collaborators to share them with. Angel, Jakob, and Adam, three of Chicago’s most active and accomplished improvisers, provided the creative partnership to bring the pieces to life. Over five pieces, the quartet moves through modular instrumental arrangements, whether it be a drum set and saxophone duet, or a drummerless trio; providing the quartet with a sense of breadth and nuance while infusing the music with groove, propulsion, and relentless agility.

Jake Wark is a saxophonist, composer, and improviser based in Chicago. Since moving to Chicago in 2014, Jake has appeared at several of the Midwest's preeminent venues for creative music, including Constellation, the Green Mill, Elastic Arts, the Hungry Brain, the Chicago Jazz Festival, and the Hyde Park Jazz Festival. Jake appears regularly in Chicago with a number of ensembles, including a quartet with Angel Bat Dawid, Jakob Heinemann, and Adam Shead, Four Letter Words with Bill Harris and Matt Piet, Javier Red's Imagery Converter, Adam Shead's Adiaphora Orchestra, and Bowlcut with Bill Harris and Matt Murphy. Jake can be heard in numerous groups as a sideman and collaborator, including his duo project with Angelo Hart, Javier Red's Imagery Converter, Bowlcut, and Four Letter Words.

Composer, clarinetist, singer & spiritual jazz soothsayer Angel Bat Dawid descended on Chicago's jazz & improvised music scene just a few years ago. In very short time, the potency, prowess, spirit & charisma of her cosmic musical proselytizing has taken her from relatively unknown improviser to borderline ubiquitous performer in Chicago's avant-garde. On any given night you can find Angel adding aura to ensembles led by Ben LaMar Gay, or Damon Locks, or Jaimie Branch, or Matthew Lux, or even, on a Summer night in 2018, onstage doing a woodwind duo with Roscoe Mitchell. Dawid’s debut album The Oracle has been lauded as one of the best jazz albums of 2019 by such landmark establishments as The New York Times, Rolling Stone, NPR, and The Guardian.

Upon moving to Chicago in 2017, Jakob Heinemann quickly became an in-demand player within the city’s jazz and improvised music community. He has enjoyed an active performing schedule and can regularly be heard around town at venues like the Hungry Brain, Elastic Arts, and Comfort Station. He frequently performs in the greater Midwest area as well, working at such renowned spaces as Arts + Literature Laboratory, the Jazz Estate, Icehouse, and the Fox Valley Performing Arts Center. Some artists he has had the privilege of working with include Dave Rempis, Vincent Chancey, Jim Baker and Sarah Clausen, as well as European musicians Sebastian Strinning, Jakob Warmenbol, and Simon Sieger. Jakob also can be found performing Klezmer and other Jewish folk music in the Evanston/North Shore area.

Adam Shead is among the newest generation of Chicago improvisers, bringing his unique approach to the drum set to such groups as Adam Shead’s “Finding Home”, Wark/Dawid/Heinemann/Shead, Ben Zucker’s “Fifth Season”, the Stein/Shead duo, and the Adiaphora Orchestra. Shead’s background in hardcore punk, contemporary classical, jazz, and improvised music provides him with the ability to move fluidily throughout a myriad of musical styles while utilizing extended techniques, blistering speed, and dynamic control in a manner often unheard on the drum set. Shead has performed at renowned music festivals such as The Present is Present in Amsterdam, NL, The Ann Arbor Edge Fest, Homebody Festival in South Bend, IN, and The Chicago Jazz Festival. Shead has performed alongside such luminaries as Jason Stein, Tim Daisy, Steve Swell, John Dikeman, Jasper Stadhouders, Mary Oliver, Anna Webber, Angel Bat Dawid, and Matt Piet. Shead is the founder and conductor of the twenty piece Adiaphora Orchestra and currently works as the Director of Outreach at Slate Arts and Performance in Chicago, IL.