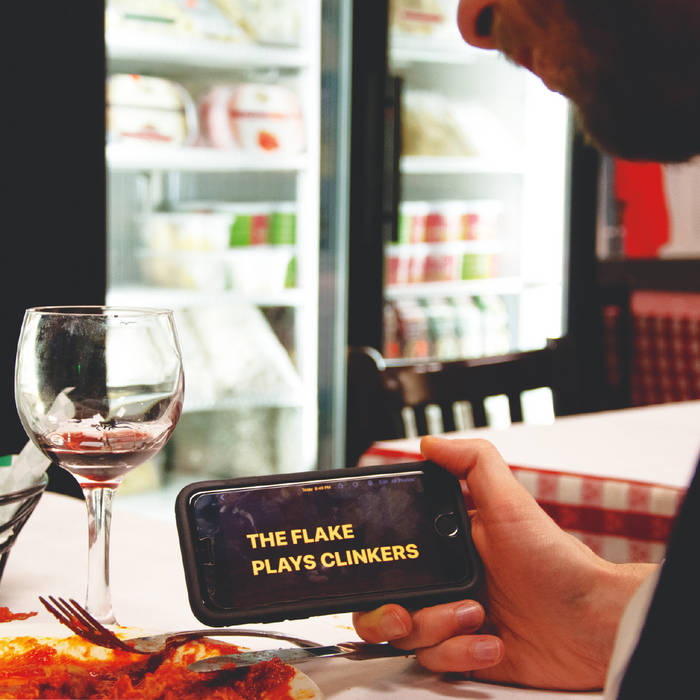 For the cognoscenti, soprano saxophonist Steve Lacy needs little introduction. Throughout his storied career, Lacy – who was something of a jazz vagabond – lived and performed widely, culminating in a vast and seemingly endless discography featuring collaborations with Cecil Taylor, Roswell Rudd, Gil Evans, Evan Parker, and hundreds of others. Lacy and his singular devotion to the straight horn are rumored to be the reason that John Coltrane took up the instrument. One of the more celebrated entries in Lacy’s oeuvre is his classic solo album Clinkers, recorded live at the Restaurant Zer alte Schmitti in Basel, Switzerland in 1977, and released the following year by the Swiss label HatHut. Lacy’s terse, jubilant, playful, and wholly unique stylings are conspicuously on display throughout the recording; one can hear his characteristic reconfigurations of the repetitious and infectious melodies with stunning precision.

One would be inclined to think that a cover album of Clinkers would be a tall-order and hard to accomplish convincingly, yet Chicago drummer Phil Sudderberg and his trio – who go by The Flake – with bass-clarinetist Jason Stein and bassist Charlie Kirchen achieve the result with aplomb. On their aptly titled The Flake Plays Clinkers which is to be released by Chicago imprint Amalgam on October 22nd, 2020, the three highlight their enviable trio rapport throughout arrangements of the classic Lacy repertoire, which they treat reverentially but pepper with a modern sensibility.

Sudderberg has been steadily making a name for himself as one of the most inventive and stalwart drummers in the Chicago creative music scene, playing in MacArthur Fellow Ken Vandermark’s most recent unit Marker – and myriad other improvisational contexts – in addition to art-rock projects like Spirits Having Fun and Wei Zhongle. Sudderberg credits the genesis of this Lacy project to an invitation to perform at the highly-lauded OPTION series at Chicago’s Experimental Sound Studio during their 2018 season. Sudderberg decided that he wanted to focus on interpreting and reimagining another instrumentalist’s solo music for the drum kit and once he started thinking about Lacy’s music it became apparent that it was a natural fit. Sudderberg explains: “I've always been magnetized to Steve Lacy's playing; the logic of his improvisational development, his boldness in approach to repetition, his clarity of ideas, and general melodic tunefulness all combined to pose a fun challenge for the drums. When I went about sifting through Lacy's solo music, Clinkers became the clear choice of source material to focus on.”

The OPTION series has a two-set structure built in, and Sudderberg knew that following his solo set he wanted to assemble a trio also focused on Lacy and began thinking about which colleagues to enlist. His first thought was that bass clarinetist Jason Stein would be a natural choice. Stein, an incredibly versatile clarinetist and one of the more internationally recognized musicians in Chicago, may have played free jazz in front of more people than ever in history when his Locksmith Isidore trio had the unprecedented opportunity of an arena tour opening for comedian Amy Schumer, performing his strain of free music for tens of thousands of perplexed comedy fans. Of Stein, Sudderberg quipped that, although he can do virtually anything on bass clarinet, he “really excels at blurring the lines between playing very abstractly and freely and playing very melodically and swingingly,” something which certainly comes across throughout this record. Stein’s ebullient and bountiful melodicisms, as well as his more extended timbral work, abound throughout the record and are seemingly never ending while his robust bass clarinet tone immediately distinguishes itself from Lacy’s tart soprano. Bassist Charlie Kirchen – who now resides in Manhattan while working towards his PhD in music theory at Columbia – is an astute, intuitive, and unostentatious player whose subtle and sophisticated use of repetition fit perfectly within the gestalt that Sudderberg envisioned for his trio. Sudderberg says that Kirchen “treats passing melodic ideas with a certain degree of egalitarianism,” and that he “mines the totality of an idea, as simple or complex as it may be, respectfully revealing all of its contours, in a way that reminded me of Lacy's approach to the improvisations I heard on Clinkers.”

Once the trio was configured, the three had the idea that the Clinkers material could best be digested when learned aurally and they set out to memorize the music collectively. This process led to a kind of investigative detective work where, in their rehearsals, the three musicians wondered about various contingencies within the recording, and how to treat various anomalies that cropped up under close inspection – Did Lacy intend for the melody to be stated three times in the beginning and only twice on the head-out? Does this moment start the beginning of an improvisation or is it still meant to be a part of the composition? These sorts of questions allowed for a more intimate relationship with the material than they would have had previously and rendered the compositional material hardwired into their musical DNA.

The results are stunning and startlingly unique. The Flake are able to jointly swell into collective catharsis; elastically balance between tension and release; articulate phrases which seamlessly lead to more legato repose; and utilize Lacy’s material to their own ends in a way which both pays tribute to the master but also isn’t burdened by the influence.

Recorded and mixed by Dave Vettrano at Law Of Ice during summer 2018.
Mastered by Dan Pierson.
Photography and art direction by Julia Dratel.