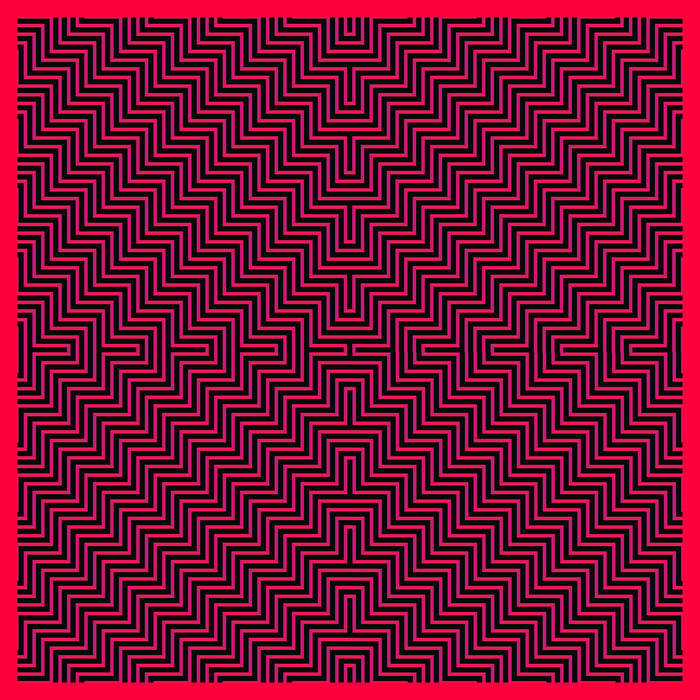 On his first solo album 'Onomat', Bill Harris, from Pittsburgh, who lives in Chicago, who is also the founder of the collective Amalgam, limits himself to his drum kit, microphones and amplification, producing a collection of striking sound sculptures. A good example where this approach leads is 'Mangosteen', in which the percussion movements are creatively distorted into an alienating stream of gritty sounds. We also find it in pieces like 'Razbliuto', only here it is the high sounds that are given extra accents by Harris and 'The Superintendents' with its languid, but heavy rhythm. Highlights regarding this approach for me are the fairly short 'We Are Alone but Not the Same', in which Harris creates a metal-related sound universe and 'Heavy Curtains' in which he also lets the tension rise quite a bit. But even when Harris limits himself to the more conventional sounds, such as in 'Onamatopoeia', 'Vagaries' and 'Barramundi', he proves to be a very interesting drummer who excels at building complex rhythmic structures, especially that last, rather slow part, as evidenced here. in a beautiful way.


First and only takes recorded live at the Music Garage, Chicago, Winter of 2021.
Recording/mixing/mastering/artwork by Bill Harris