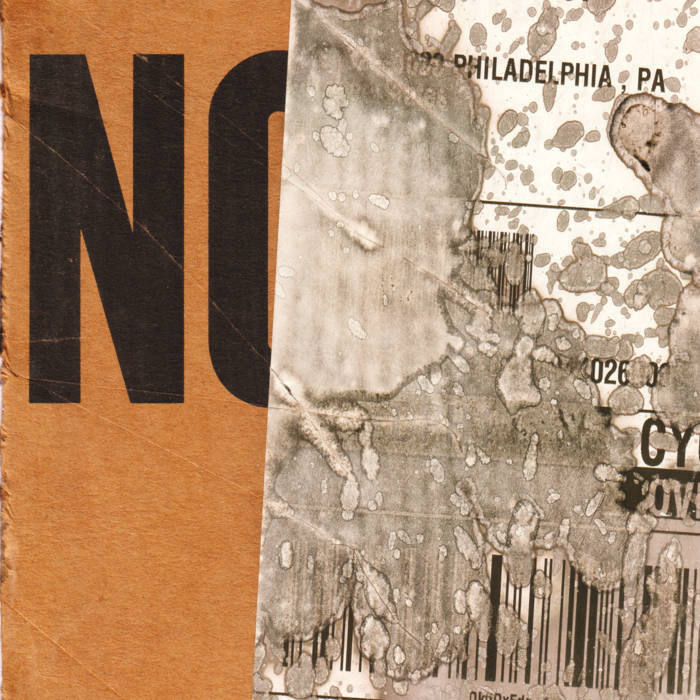 Recorded live at the Hungry Brain on September 29, 2019.
Recorded, mixed, and mastered by Bill Harris.
Artwork by Ben Bennett.

Never is only two years old but has been long in the making. Ben Bennett and Jack Wright met over fifteen years ago and have been playing and touring the past ten years, more now since Ben moved to Philly a few years ago. Zach and Jack have been playing sessions in Philly almost weekly and touring frequently as a duo and in Roughhousing with bassist Evan Lipson. For those who have a wide experience of free improvisation over the years, the sound of all groups involving these musicians is unique. They are sharp and punchy, with sudden short gaps, then turns in another direction, a wide dynamic range, and a high level of tension throughout. Their first release was simply titled Never. Fortunately, for this one a superb engineer, Bill Harris was on hand at their Chicago performance, and this is the result.

Jack Wright is a veteran saxophone improviser, touring North America and Europe the past four decades and well known to improvisers. Continually seeking out interesting partners and playing situations, now at 77 he is still the "Johnny Appleseed of Free Improvisation," as the late guitarist Davey Williams called him in the 80s. He's now getting the word out via his book The Free Musics and frequent workshops around the country. His partners are mostly outside of music school careerdom, unknown to the music press, and selected for their ability to interconnect musically with each other (Discography). He's said to have the widest vocabulary of any, an expert at leaping pitches, punchy, precise timing, sharp and intrusive multiphonics, and sounds that range from the animalistic to electronic. A reviewer for the Washington Post said, "In the rarefied, underground world of experimental free improvisation, saxophonist Jack Wright is king." For an interview, see Cadence Magazine, July 2017, p. 55-73.

Ben Bennett doesn’t talk much, thinks hard and often about how to do good in the world, and ends up playing the drums when he decides he has nothing better to do. Apparently that's the case for the past 23 years. Apparently his solution is to sound like the whole world coming out of a drum set.

Zach Darrup is an improvising guitarist living in the Spring Garden Music House in Philadelphia since 2014 He has been playing and touring in the US and Europe with various groups besides Never--Slack, Roughhousing, and Zak-Jak. In Zach's words: "During his early teenage years in the rural coal region of Pennsylvania a strange boy appeared like an angel, carrying a large cd booklet of wild musics of all sorts. This chance meeting at a pizza shop, plus tumultuous relationships with his home turf, school teachers, and other agents of law and rule enforcement led Zach to drop out and skip town, devoting himself to following music wherever it would take him--somewhere else. His techniques are informed by the musical possibilities of film language, jovial mockery and mimicry of plants, animals, and audience members, thoughtful room listening, word play, colors, and culinary experiments."