by Devouring the Guilt 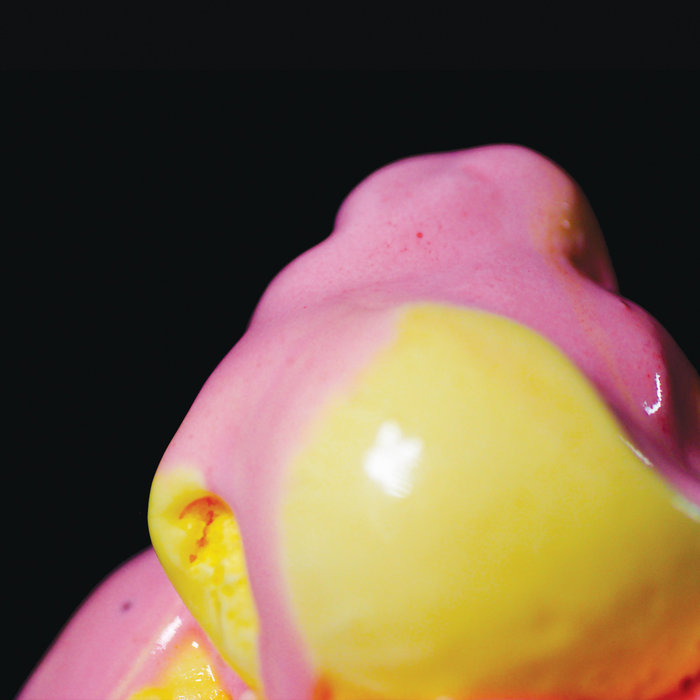 Much of the new energy injected into Chicago's bustling free-jazz and improvised-music scenes over the past year or two has come from a small group of players associated with Amalgam Music, a modest local label run by drummer Bill Harris. His efforts have introduced me to the music of pianist Matt Piet and saxophonist Gerrit Hatcher, among others, and members of the circle to which they belong have made themselves ubiquitous at local spots such as Elastic, Slate Arts, and Constellation. Amalgam also serves a documentary function, preserving these performers' work and allowing for its wider dissemination—some of the music on the label is free improvisation, which is almost always most meaningful in a live setting, but certain performances are worth returning.

On Friday the label will issue just such a recording by local free-improvising trio Devouring the Guilt, aka Hatcher, Harris, and bassist Eli Namay. They recorded the self-titled two-track album live at the Empty Bottle in April, infusing its scrappy, seat-of-the-pants feel and muscular attack with a biting energy that's hard to resist. Hatcher brings plenty of power to his tenor blowing, but the band engages in refined interaction at every turn. When I wrote about a solo tape that Hatcher released earlier this year, I mentioned his engagement with New York free jazz from the late 60s and early 70s—he dedicated pieces to Frank Lowe and Frank Wright—but in Devouring the Guilt he feels rooted less in that sound and more in a visceral, abstract, gesture-based style that's redolent of European improvised music. His improvisations suggest an awareness of Evan Parker's extended techniques and Peter Brötzmann's titanic force, but he does more than assimilate influences: he plays with a clear narrative flow, punctuated by nifty interludes where he toys with a phrase like a cat with a mouse.

As a rhythm section, Namay and Harris are knotty, surging, and explosive, propelling and prodding the saxophonist with an unstinting barrage of motion and sound. Below you can check out the shorter of the album's two pieces, "Pineapple Sorbet." The trio celebrate the release of Devouring the Guilt on Wednesday night Elastic, where the program also includes sets by the Angel Bat Dawid Trio, a duo of guitarist Andrew Clinkmann and vocalist Carol Genetti, and DJ Makamena.


Devouring the Guilt (Amalgam Music 012; USA) Featuring Gerrit Hatcher on tenor sax, Eli Namay on upright & electric bass and Bill Harris on drums. This session was recorded live at the Empty Bottle in Chicago in April of 2017. As the Chicago underground jazz scene continues to expand, a number of new names have been popping up. In the nineties and after, saxists like Ken Vandermark, Dave Rempis, Mars Williams, David Boykins and Keefe Jackson, have paved the way for the next generation of free/jazz interpreters. Tenor saxist Gerrit Hatcher is a prime contender for the next batch. Although I don’t recognize the names of any of the members of his current trio, I am quite impressed. This disc contains two long pieces, each filled with fire, invention and creative spirits. Although it begins with Ayleresque, fire-spitting intensity, the trio quickly slows down to a thoughtful, contemplative pace, all three players swirling tightly together. More than half century later (1964, actually), the shadow of Albert Ayler’s ‘Spiritual Unity’ still looms over a trio like this. There are moments of somber, solo, unaccompanied tenor which balance the the more explosive sections just right. After listening to a dozen great recent discs from Clean Feed several times, as well as Mars Williams’ ‘Ayler/Christmas’ CD, I must admit that this disc is as impressive at capturing that powerful free/jazz spirit/force as anything released in the past year. We just got five copies for now so don’t miss out on this most modest, under-recognized treasure.

A brilliant set of improvisational jazz from Chicago scene – recorded live at the Empty Bottle in the spring of 2017! Devouring The Guilt is a trio featuring Gerrit Hatcher on tenor sax, Eli Namay on both upright and electric bass, and Bill Harris on drums – showing impressive depth and range on the nearly hour long (and compelling the whole way) "Fresh Hour Scrod" and the shorter, equally compelling "Pineapple Sorbet". The former comes roaring right out of the gate, with the group showing an agile mix of ferocious energy and limber interplay throughout. The latter starts out slower and sweeter, as you might gather from its title, and builds to a heavier end in its 8+ minutes.