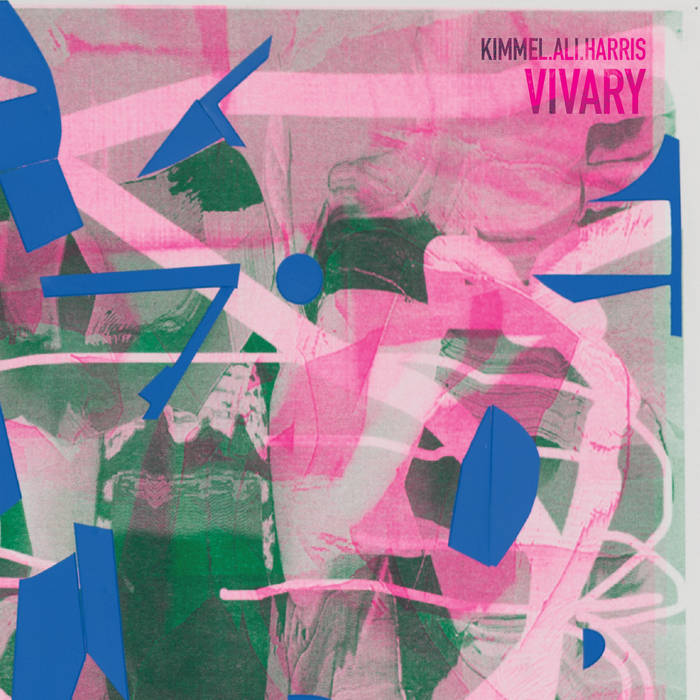 Clarinetist Jeff Kimmel, percussionist Bill Harris, and guitarist and cellist Ishmael Ali had only just started improvising as a trio when they played the session that produced the 2020 album A Pound of Salt (577). Harris and Ali had often worked together, but they were both attracted by Kimmel’s clarinet playing. At the same time, all three of them had become interested in complementing their work with electronics in a new project. Listening back to that recording from November of 2019 I can hear three players testing the waters within a new context and new tools. The musicians clearly had a rapport, rapidly finding disparate points of connection as they created pieces marked by a clear linear thrust. But the process felt more important than any sort of destination.

Vivary was recorded about ten months later, but the duration felt much longer, as the Coronavirus pandemic had turned the world upside down. Ali had moved to New York the previous August, but due partly to the pandemic he returned to Chicago back in May of 2020. After a summer of inactivity they decided to get tested, quarantine, and booked a cabin in Whitehall, Michigan for a week. “This session was a huge release to work on music again with other human beings after months of only working in isolation,” says Ali. This hothouse atmosphere allowed them to dig into the music with a new focus.

The music on Vivary captures a much different approach, balancing a research-like exploration and a refined understanding of how to arrange elusive sounds in real-time. On the opening piece “Sett,” for example, the trio almost stacks its sounds vertically. There is movement, but it’s within a deliciously narrow space, as if the musicians are looking for all of the ways they can stack a series of acoustic and electronic objects using ever-shifting densities, angles, and energies. It’s fascinating to experience such a kinetic, jagged improvised sound and simultaneously surrender to its spell. “Ranarium” layers astringent, shape-shifting electronic tones complemented and pierced by extended techniques from Harris, leaving the listener to wonder if the sounds are emanating from a percussive sphere, or if the shimmering tones are simply swallowing everything in their path.

“I like to think of this group more as a way to work on ideas rather than having a sound concept in mind,” says Kimmel, and that refusal to settle into any particular method keeps things surprising for both the musicians and the listener. All of them were figuring out new ways of playing, not just together, but through new tools. When they made A Pound of Salt, Ali had only been playing the cello for eleven months, but his growth is remarkable enough that he hardly touched the guitar on the new recording. Each musician deployed different electronics: Harris uses a Microkorg; Kimmel accents the tonal purity of his clarinet with a series of effects pedals and an FM synthesizer; and Ali plays through software he designed himself. The blend of acoustic and electronics is especially compelling, whether the collisions are disorienting or whether one enhances the other, sometimes at once.