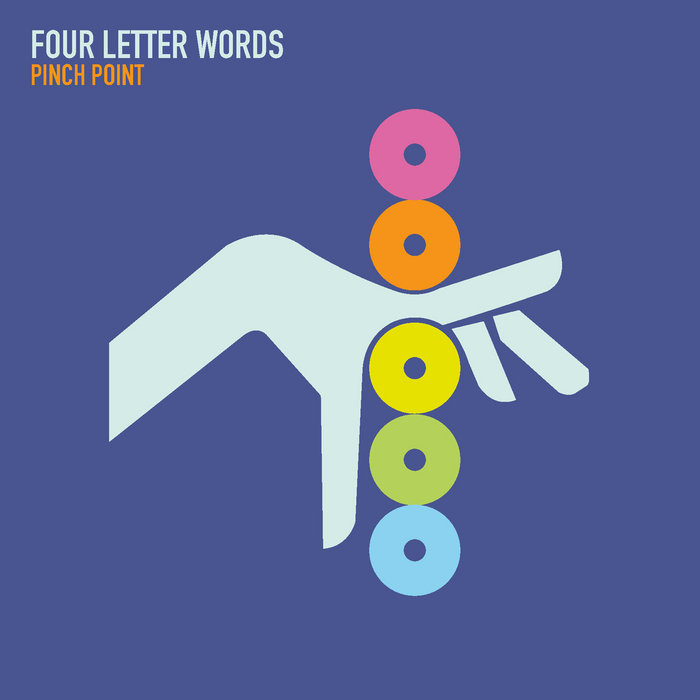 Over the last few years Chicago’s bustling improvised music scene has gotten a serious jolt of vigor from a coterie of musicians hell-bent on pushing forward while maintaining an inexorable grasp on jazz propulsion. The members of Four Letter Words pulse at the center of that energy. Although pianist Matt Piet, drummer Bill Harris, and tenor saxophonist Jake Wark first worked together as an improvising ensemble a few years ago—formed after an invitation from Mike Reed to perform as part of his 3-on-3 series at Constellation—they soon turned to composition to cement their sound. All three members wrote tunes for the group and on their fantastic 2017 album Radio Silence, a set of rhapsodic melodies and thrumming rhythm provided a dynamic platform for flinty, soulful expression.

Since forming, Four Letter Words has gone for broke, whether on stage or in the rehearsal room. Says Wark, “Having that consistent collaboration can be difficult to find among improvising musicians, where people’s availability can be limited and there’s sometimes a focus on constantly creating new ensembles or putting together ad-hoc groups of improvisers for gigs. I think those things are important, but it’s been great for this group to be able to make music as frequently as we have over a long period.”

“I can objectively see growth and change within the group, and not always knowing what that means or what it's going to do to the music,” adds Harris. Since forming in 2015 they have convincingly forged an identity, so for Pinch Point the trio chose to return to its improv roots, even though they all insist composed material still fits into their future. The group approached the session as an improvised gig and it was the earliest performances that were the most inspired, even if the explosive opening salvo, “Eighteen,” was the final thing cut that day. The album offers a dazzling display of rigorous interaction, whether it’s the way Harris uses minimalist cymbal play behind Piet’s two-handed derring-do on “Five,” or the pin-drop frictive patter that distinguishes the spacious “Eight.” Through it all, there’s a clear-eyed compositional logic that drives each piece, and when the album concludes with the astonishing ballad “Six” it’s hard to believe that the trio sculpted its imploring, elastic melody spontaneously.

Four Letter Words has grown in leaps and bounds, accruing an ever-expanding arsenal of gambits, influences, and techniques while sharpening its focus. “This is exactly what an improvised group should be doing,” says Harris, “striving to never sound the same as you did a year ago, while maintaining a sound and aesthetic that can be instantly recognized among all the noise.”

“Improvised music is a long-game art,” avers Piet. “I'm proud of the creative energy we've maintained in the short-term, and look forward to what will follow in the long-term.”