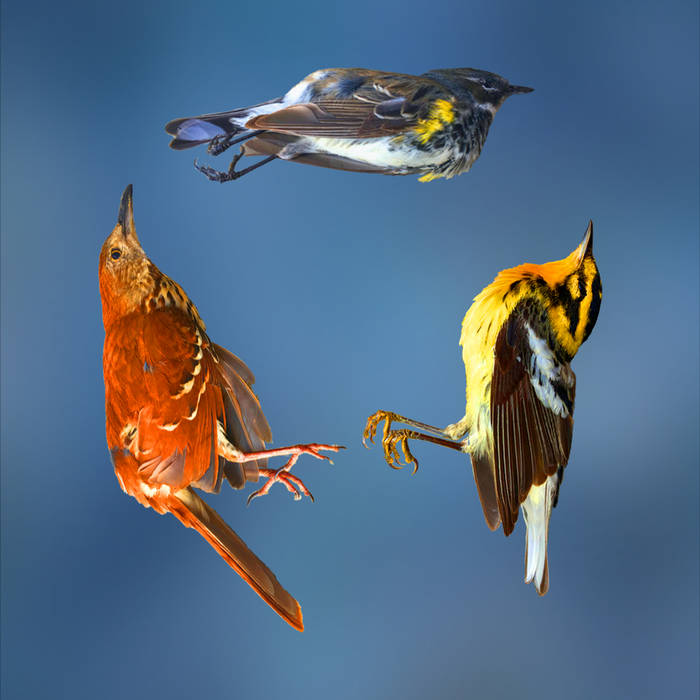 The Man From Atlantis

The labour and views shaping the ideas behind the pieces and videos encompass research, field data and image collection by seasoned researchers and citizen scientists. Vibrant conversations with all of them and with each other in the ensemble that have taken place over several years have developed our thoughts, imaginations and consciousness, and have found expression in this work.

This collective of sound and image embodies to us the fragmentary nature of interdisciplinary perspectives that must come together egolessly to arrive at understanding of the calamity that faces us, and at insights on how to conduct ourselves as communities of attention and care. We realise how connections must be nurtured and honoured across time and distance, especially in times that directly obstruct exchange and flow.

Communities of birds complete tens of thousands of miles of nonstop multi-day flights. We go about our noisy days, heads in screens as they fly their epic routes silently. These birds are beacons for climate change in their glass-like fragility as they smash into mirrors of human "achievement". They teach us and warn us of our own collision with what we refuse to see despite mirrors being held up to our faces. We must guard ourselves from being entranced by comfortable patterns, from straying into false heavens and convenient metaverses—we need to pay attention, reflect, take a hard look at ourselves and care about fellow beings.

EeOhLay - melodic phrases transcribed from Wood Thrush song were recomposed into this tribute. A slowed-down recording of an individual at Buffalo Rock State Park in Illinois is heard, revealing the shape, modulation, and repetition of one of Eastern North America’s most beautiful yet declining songs.

Zugunruhe - Caged birds are compelled to “migratory restlessness”, termed as Zugunruhe. A state of turbulence emerging from the laminar flow of narrow existence, a longing to take wing, an inexplicable, irresistible movement within the body. Turbulence has its patterns of chaos and reason, it isn’t all random. And then all settles as naturally as the turbulence began, back into the groove, the pipe, the walls of the cage.

Flutter - No matter how minute our influence within our tiny spheres, we must express. It is delightful to connect in play even as we evaporate into nothing in just a few moments.

Watt See - The Wadden Sea, or Mud sea is a UNESCO world heritage biosphere reserve on the northwest coast of continental Europe. Vast mud flats are exposed when the tide recedes from this extensive shallow sea, creating a critical area for breeding and migratory birds. The pendulum swings between land and sea, revealing tidal creeks and forming islands on a daily basis in this dramatic land/waterscape.

Convergence of Being(s) - first time encounters, years of partnership, coexistence, the unexpected. Millions of years of evolution, one hundred years in an instant, collision, the understanding.


For Rose - A tribute to Rose Lokissim (1955-1986), a fierce freedom fighter from Chad who resisted the harsh dictatorship of Hissène Habré. Supported by The United States and France because of his opposition to Libya, Habré was finally brought to justice for massive human rights violations in 2016. In 2015 Human Rights Watch and Miss Wasabi Films produced a film narrated by Juliette Binoche, Parler de Rose, or Talking About Rose. Jailed and later executed, Rose Lokissim’s resolve was always unshakable, as told by survivors and friends of this incredible martyr.

A primordial pull;
forces at odds, restlessness
never meant to be.
. . .

High above Chicago
i remember the dry tree
alive on Oak Street.

My sister rushes to
listen closely, to record
the city speaking

pulsating with sound.
How many species of birds
call the city home?
. . .

(Left to right) Brown Thrashers are mimicking birds known to have one of the most extensive repertoires of any North American species, with individuals vocalizing up to 3000 songs. In much of North America, the Yellow-rumped Warbler is one of the most common warblers, and the only one that remains in winter. The Blackburnian Warbler’s bright orange throat is a colorful reminder of the neotropical migrants that have used the Mississippi Flyway/Chicago region for many thousands of years.

Thanks to Chicago Bird Collision Monitors, Experimental Sound Studio, MoSI and The Institute for Bird Populations.

This project was partially funded by a grant from Chicago’s Department of Cultural Affairs and Special Events Individual Artist Program.