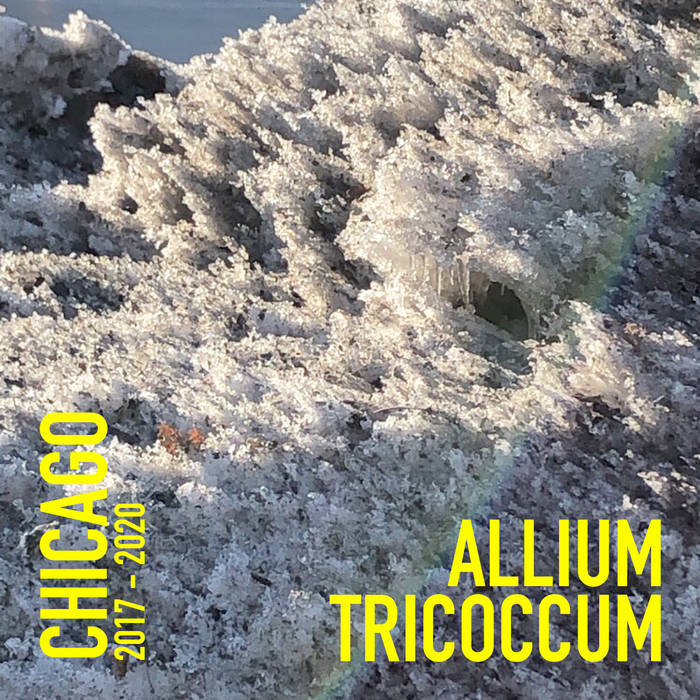 The Man From Atlantis

100% of the sales of this record will go towards Bernie Sanders' campaign. Give what you can while checking out some important Chicago documentation; over three hours of music! Every little bit counts!

As both a creative musician and activist I've sometimes struggled to articulate the connection between these two worlds. At times I’ve felt as if all my musical work must have political meaning through either adequately deconstructed aesthetics or on-the-nose messaging. Looking back at this period, I see that both my music and my political action suffered. Music cannot have political weight in this way. While aesthetics can help bring people together, transform us emotionally and spiritually, or help carry a political message for organizing (like the old Industrial Workers of the World songs did), political action that actually moves toward changing power relations cannot happen in the aesthetic realm.

Yet, there is something political about the creative music world in Chicago and elsewhere. The work of my musical comrades points beyond the limitations of capital. Limitations capitalism creates both in terms of aesthetic possibility and access to physical space for creative activity. Capitalism has no doubt been a liberating force historically, creating new artistic possibilities through building wealth and breaking down old static social relations. Marx points out as much in the Communist Manifesto. For instance, the creative music world in Chicago wouldn't be what it is at all if it were not for northern industrialization and the post-war fordist economic boom. In his book A Power Stronger Than Itself, George Lewis traces the birth of the Association for the Advancement of Creative Musicians (AACM) to the Great Northward Migration (Black folks moving north around the turn of the last century to both look for industrial jobs and escape institutionalized racist violence in the south). Ironically, the same dynamics that helped grow Black wealth and culture on the Southside of Chicago turned against those same communities in the neoliberal era. Deindustrialization leaves human beings without access to resources as capital carelessly leaves in search of greater profits elsewhere. Regardless of circumstances, beautiful culture exists wherever humans exist. Cultural development is certainly not solely contingent on capital, but under our current economic system people's access to basic material resources unfortunately is.

Capitalism brings with it an all too obvious destructive tendency. As capitalists seek to gain more and more wealth, all areas of life tend to become privatized and commodified. As spaces for care work and artistic activity become commodified, the profit motive trumps the needs and desires of human beings. The same dynamic that limits access to health care by placing a price tag on it limits and shapes the growth of creative activity precisely because of the contradiction of the commodity form. It is the contradiction between the material experiential or use value of a commodity (what it means as used by a human), and an abstract exchange value (price) imposed by the needs of capital. Under capitalism, exchange value always ultimately trumps the needs of human beings. If you can’t afford it, you can’t use it!

Creative, experimental, and DIY musicians push against and sometimes blow past these limits. As capital demands repetition and strict reproduction aesthetically, we create noise and difference. As capital limits the physical space for artistic expression, creative artists organize and create their own spaces. This way of playing and relating recognizes that the insidious boot-straps narrative about the individual musical genius is only a destructive ideology that does not reflect the reality of our interdependence materially and emotionally.

I agree with George Lewis when he says “Noise and noisers routinely overflow the banks of propriety, resisting and unleashing. People hear the sound and say ‘no one told me it could be like that; I wonder what else they haven’t told me… once they start down that road, thoughts inevitably turn to what else might need to be different.” And, of course this alone is not enough. We will be working on borrowed time until we deal with our problems at the root. Our self organization and aesthetic convictions alone cannot get to it. We must take up explicitly political activity aimed at changing the exploitative power relations inherent under capitalism. Working through a democratic socialist lens, the movement around Bernie Sanders gets at the root of the contradictions of capitalism by addressing the contradiction between use value and exchange value in the commodity form. A Bernie Presidency and the movement it would empower would not only mean the arts truly flourishing in our country, but would end much of the domination caused by capitalism through erasing student debt, providing access to affordable housing, and making healthcare a human right. This compilation Amalgam is putting out to fundraise for Bernie’s historic democratic socialist presidential campaign - a historic movement that belongs to all of us - is an offering in that direction. While we volunteer our own time and money in this fight, we want this compilation to be an explicit recognition that our cultural activity as creative musicians is part of what compels us to undertake political action to help build a democratic socialist world. One with greater democracy everywhere, greater access to the basic needs for a dignified life (including access to education and cultural spaces), and where there is freedom from all forms of state violence based on race, religion, gender expression, or otherwise. The time is now. berniesanders.com/volunteer